Many people are now discovering the beauty of the ancient Filipino writing script. It’s as if learning this script will help us understand more about ourselves and our roots. If you are as passionate as us in learning about Baybayin, maybe this guide will help you.

Baybayin is a beautiful and intriguing writing system, and learning about its roots is as important as learning how to write it. We’ll be discussing more of it in future posts.

If you want to use Baybayin fonts for typing, simply download any of the fonts from Paul Morrow’s Baybayin font archive. We’re using his font Tagalog Stylized in this guide (thank you, Mr. Morrow!)

If you want to write in Baybayin on your mobile phone, you can do that, too. Simply download GBoard in Google Playstore and add Baybayin to your languages. iOS also has its own Baybayin Keyboard, which you can download from the Appstore. Both Baybayin font styles were created by Christopher Castillo.

How to Write in Baybayin

First of all, Baybayin is a syllabary, not an alphabet. This means each character represents a syllable, the very basic of which ends in the vowel “a”, except for the two vowel characters for “e” or “i”, and “o” or “u”.

To illustrate, here are all the Baybayin characters: 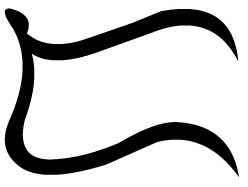 is meant for either Da or Ra since many words in the old Filipino language interchange these as well.

For example, marami can also be said or called madami.

In the modern world wherein the use of its own character for Ra is necessary, a small variation has been added to the character

to signify that it is Ra. It now looks like this 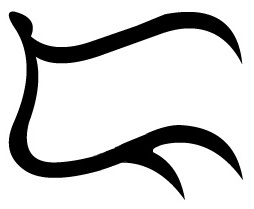 It is up to you to decide whether you want to use this character or not. The important thing is that it is now available if you want to utilize it for better communication, or if you want to write your name without confusing people.

Using Different Vowels With Each Character

To switch from the “a” vowel to “e/i” or “o/u”, you only have to add one little thing, and that is the kudlit. A kudlit is a simple mark, usually a dot or a small line, that you place either at the top or at the bottom of the Baybayin character.

(There are findings wherein the kudlit is placed on the sides as well, but that is a topic for a different time.)

Now, let’s use the character for Ba as example.

To change to “e/i”, place the kudlit at the top of the character. 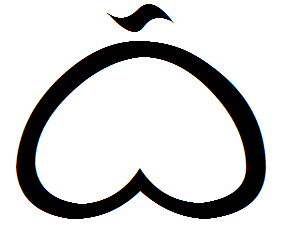 To change to “o/u”, place the kudlit at the bottom of the character. 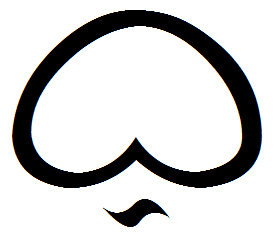 That’s it! You simply utilize this technique for all characters, except for the vowels.

The Ancient Versus The Modern

As we previously mentioned, each Baybayin character is a syllable. It is always a consonant followed by a vowel, except for the vowel characters.

How then do our ancestors write words that have a need for consonants at the end or in between?

How do you write hangin or pagkain?

The short answer is this: they just drop the consonant when writing.

Let us take the words above as examples.

Hangin is composed of two syllables, ha and ngin. We have a character for ha = 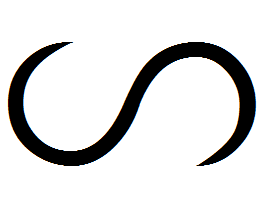 We also have a character for ngi = 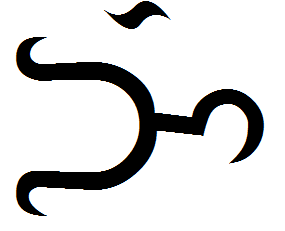 But we don’t have a character for the remaining n. We have na, yes, but if you use that, the word would become hangina.

So for pagkain, it will be written as 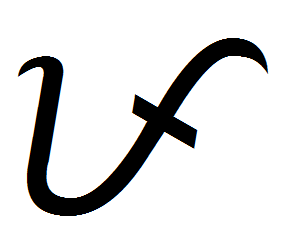 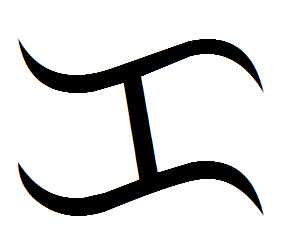 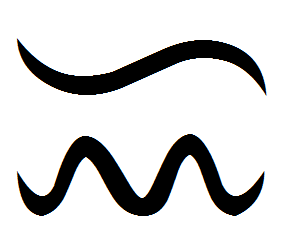 dropping the consonants in between and at the end.

As the Spanish people (Spaniards, if you prefer) found it hard to understand (and so would our generation now), a new type of marker was added to the characters, and that is the krus-kudlit or the pamudpod.

The krus-kudlit is a small cross or x

, while the pamudpod is a small curved line 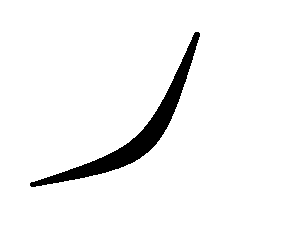 Going back to our previous example, hangin can now be written as 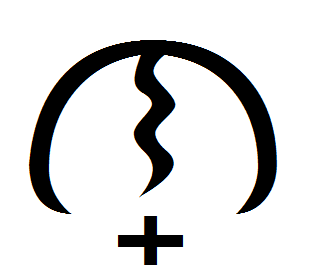 While pagkain can now be written as 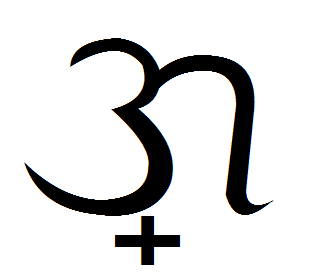 With this addition, it’s now easier to understand what we are writing, getting rid of the guesswork.

Writing Baybayin need not be in one whole continuous set of characters. Many ancient writings seem to differ among each other in this aspect. Some use a “stopping” symbol, others don’t.

Use a single vertical line 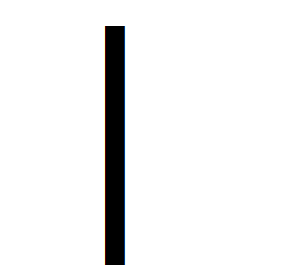 for comma, separating phrases. Then use double vertical lines 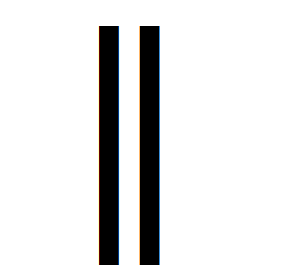 for period, separating sentences and even paragraphs.

Get your own Baybayin Shirt!

Show your Pinoy Pride by getting a Personalized Baybayin Shirt from our partner store, BrandedNTagged.com. Order below!

Now that you understand the concepts, let us now practice! Download the Baybayin Practice Workbook (Chapter 1) below and print it out. You can print it full-page or in booklet form. If you want a printed copy of this workbook, simply send us a message and we can send you printed booklet copies for only ₱15 each (plus shipping fee, of course). Or you can purchase a Custom Baybayin Shirt (shown above) and you’ll get a free booklet.

You are free to share this with friends and family. If you are a teacher, you can use this as a teaching material, too. Just don’t forget where you got it from! 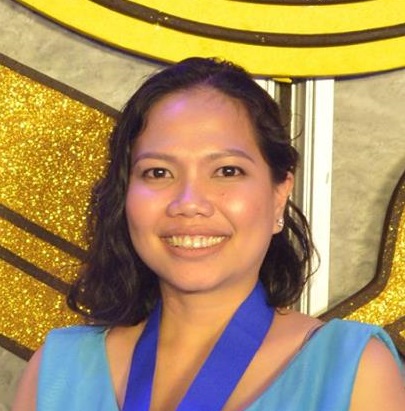 I love writing, and I love the Philippines. Its culture, its history, and its spectacular destinations. What best way than to combine these two? So here we are!

I was lucky enough to win a few awards at the Carlos Palanca Memorial Awards for Literature. We are currently focusing on self-publishing our work or making them available for free online, through our fiction website SulatKamay.com.