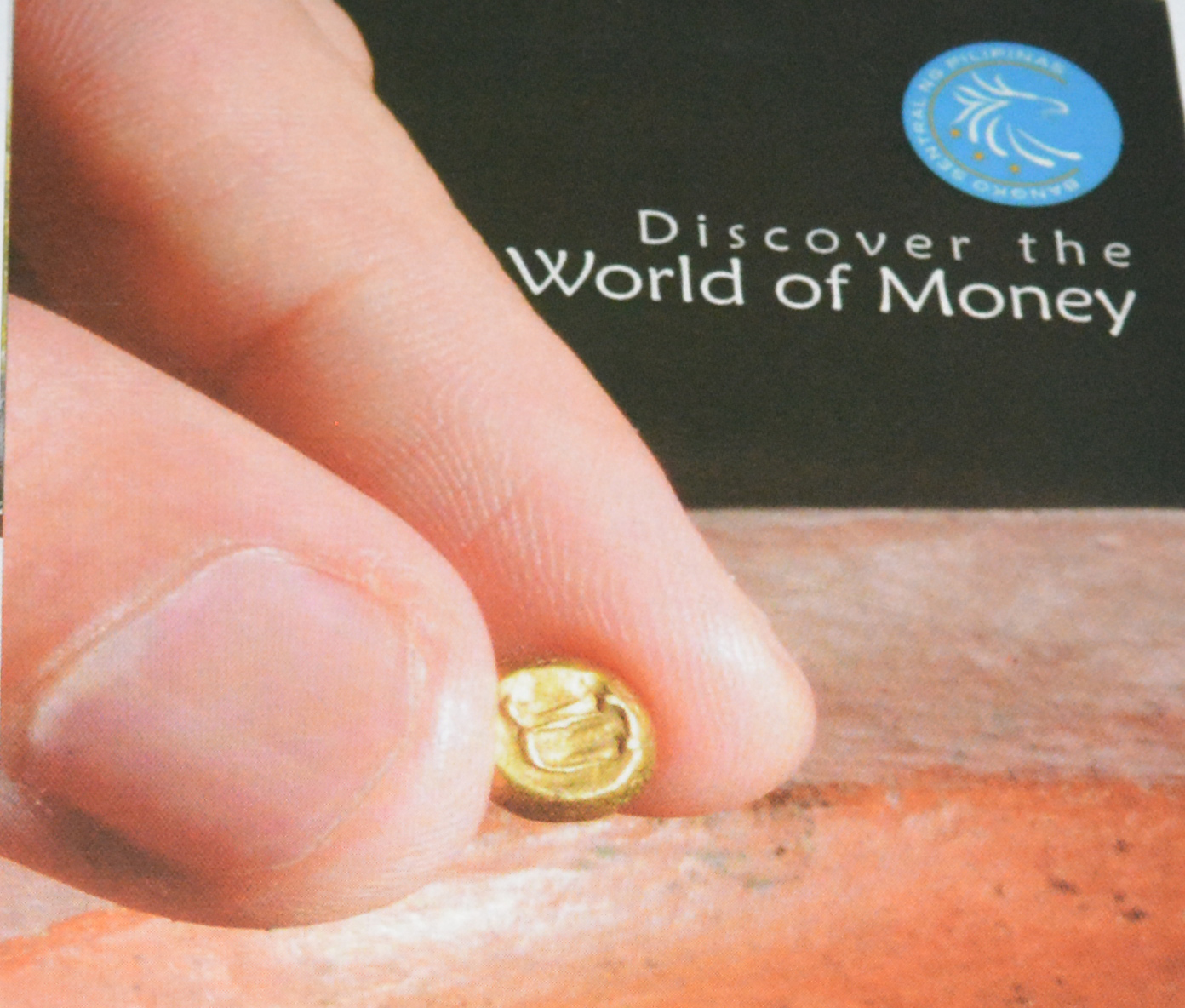 Museums are great venues to understand more about the history and culture of a certain place. If you want to understand the Philippines’ monetary system and trade structures way before our Spanish colonizers arrived in the country up until today, what better place to visit than the Money Museum of the Central Bank of the Philippines (Museo ng Bangko Sentral ng Pilipinas)?

The museum is comfortably located inside the compound of the country’s primary monetary authority, the Bangko Sentral ng Pilipinas. The compound is located at the corner of A. Mabini and P. Ocampo Streets, in Malate, Manila. The Museo ng Bangko Sentral ng Pilipinas is different from the museum located right next to the BSP compound, named Metropolitan Museum of the Philippines (we'll visit this one on a different day!).

The Money Museum is open from Mondays to Fridays, from 9:00 am to 4:00 pm, with a one hour lunch break from 12 noon to 1:00 pm. Anyone can come in and visit the museum, free of charge. However, the security is strict (what do you expect, it’s the Central Bank after all). You would need to bring a valid government ID before you are allowed inside. Proper attire must also be observed. No sleeveless and short skirts for women. No sleeveless or sando and shorts for men. You must be wearing closed shoes.

At the front gate, you will be required to present your ID, write your name and other pertinent details in a piece of paper, and you must state the purpose of your visit. You can just tell them you are there to visit the museum inside. You will be given an access pass that you can only use for the museum doors. You will not be allowed to visit other areas of the compound, so don’t even try.

Once inside the museum, you will be asked to watch a video presentation of what the museum is all about. Here is a description of the museum based on their brochure:

As repository and custodian of the country’s numismatic heritage, the Museo collects, studies and preserves coins, paper notes, medals, artifacts and other monetary items to show the nation’s rich legacy.

The Museo is designed to walk the visitor through the different periods of the country’s history. Each gallery is dedicated to a specific period and the evolution of the Philippine currency is traced alongside the development of the economy.

The museum has an extensive collection of monetary units used during the pre-colonial times, during the Spanish, American and Japanese periods, up until today. Before the arrival of the Portuguese Magellan, early Filipinos trade and barter using various products as currency. Rice, precious metals and even tea were used as currency. In fact, the word salapi, which currently means money or paper tender, is actually a word used to refer to bundles of freshly harvested rice.

As for precious metals being used for trade, these metals were formed not only into jewelry, but also into animals and other items! There were crocodile money, rooster money, knife money and cannon money. I was hoping to see jewelries or precious items inscribed with the ancient script, but there were none.

We were also astonished to find the biggest paper bill produced in the country: the ₱100,00 note. The size is 8.5 x 14 inches, the biggest legal tender note produced by our very own Bangko Sentral ng Pilipinas. Only 1,000 pieces were produced.

The museum also houses various Philipine medals that commemorate important events in the country, mainly the anniversary of independence. Other medals during the Spanish and American occupation are also on display.

If you ever visit the Money Museum, let us know what you think!

In the mean time, check our photos below for a preview of the Money Museum.

Jairene Calabia Cruz-Eusebio
I love writing, and I love the Philippines. Its culture, its history, and its spectacular destinations. Let's talk about them here!